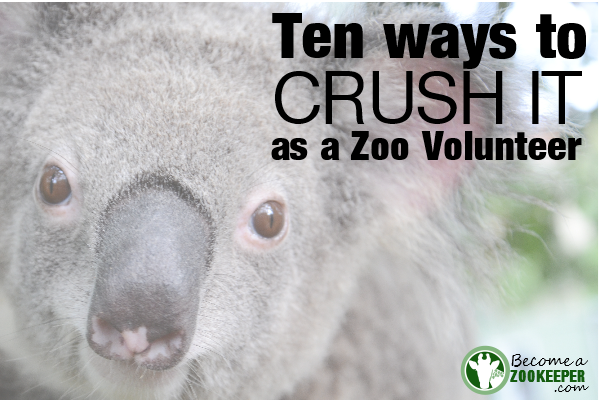 Not only is zoo volunteer work a great way to learn and get experience in the zoo industry, it’s the perfect opportunity to showcase your skills. Don’t fall into the trap of thinking that because you’re working for free, you can afford to slack off. Treat your volunteer position with the same respect as a paid one and you’ll be well on the way to proving to your potential employers that you’re the one they want to fill their next zookeeper vacancy.

The chance to volunteer at a zoo is your chance to shine. Your time is precious, so make the most of it!

Find out more about what you should expect while volunteering at a zoo.