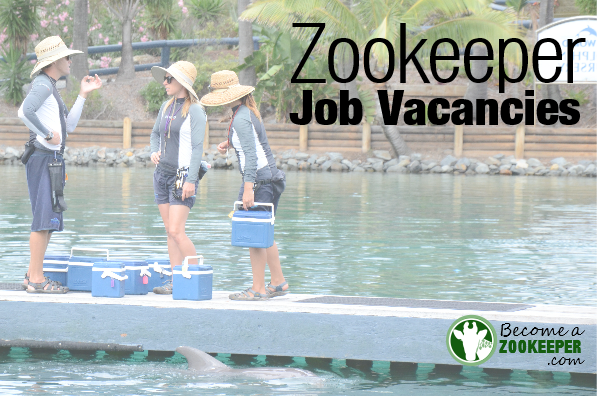 It can be frustrating trying to find zookeeper job vacancies! Some zoos advertise on all the standard job vacancy websites, while others only advertise on their own website or a local zookeeping association site.

But we’ve done the hard work for you. Check the links below for vacant zookeeping positions in your local area, or, if you’re feeling a little more adventurous, on the other side of the world. You’re welcome!

Looking for a local zoo job?

If you’re looking to get a job at a specific zoo near you, start by looking at their website. Most zoos have an employment page that either lists their current vacancies or tells you where they normally advertise their vacancies. If there is the option to subscribe to a newsletter that notifies you of new vacancies, even better!

This option has become much less common in recent years, but some zoos still advertise with their local newspapers, both the print and online versions.

Don’t forget to join the social networks of your local zoo either. It’s sometimes the best way to get the latest up-to-date information on the zoo you want to work for. Become a zookeeper Facebook page publishes zookeeper job opportunities found throughout the world.

Zoos also advertise their positions on general career vacancy sites, so keep an eye on those and use key words like ‘conservation’, ‘animal’, ‘wildlife’ and ‘keeper’ in those search engines.

Found a new place that shares relevant zookeeper job vacancies? Help your fellow zookeepers out and tell us about it! Contact us here.